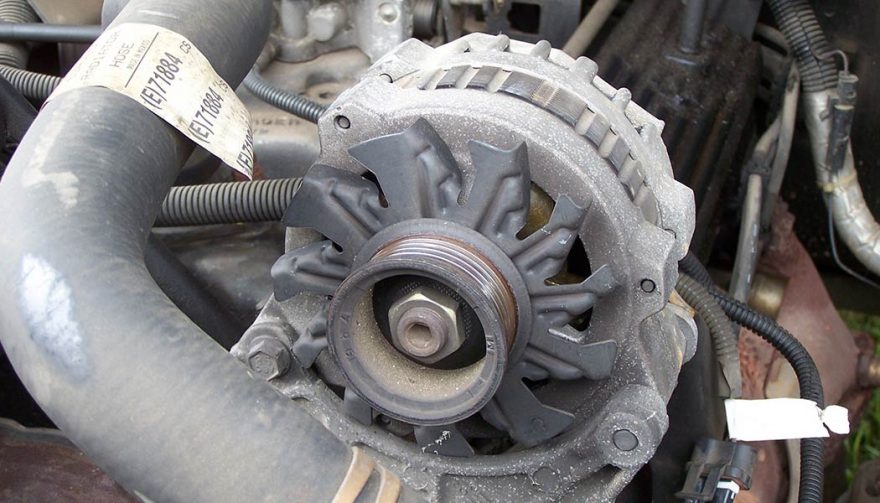 Dead Battery or Do You Have a Bad Alternator?

Like many other components on a car, alternators usually don’t just die suddenly. They wear out. Often you will notice symptoms, too, as the alternator loses its ability to function. Let’s learn something about that.

How Does an Alternator Work?

Technically speaking, an alternator is a generator, and most people can readily grasp that concept. It generates electrical power, and lots of it. Along with recharging your car battery, the alternator powers all sorts of other electric systems in your car.

The alternator’s spinning shaft holds an electromagnet. Surrounding that is a series of copper wire coils. As the spinning magnetic fields pass through all those coils of wire they produce electrical current. The current continuously reverses direction back and forth, that why it’s called AC. Then the diodes convert that to one-direction DC power.

The alternator can’t tolerate running at 100 percent capacity all the time. That amount of work would generate too much heat which would destroy it. Remember that for later.

The output is controlled by varying the strength of the electromagnet on the spinning shaft. Older cars had voltage regulators that control that process, whereas newer cars use electronics to do that job more precisely.

The alternator has to produce enough current to keep the car’s battery recharged and to supply all the other electrical components with power. It takes a minimum of 13.1 volts to force a charge back into a battery. Anything over 14.2 volts, though, can damage delicate electronic sensors throughout the car.

So that’s the normal operating range of system voltage. Anything less or more indicates a bad alternator or voltage regulator.

Warning Signs of a Bad Alternator

Aside from a dead car battery, there are other signs of a bad alternator that aren’t as, well, extreme.

You might notice that the battery cranks the engine over more slowly at times. That could be a sign that the alternator is not charging it well enough.

The charging system warning light on your dashboard might flicker on at times, especially at idle with the air conditioning and headlights turned on.

You might hear noises coming from under the hood. The alternator’s shaft runs on bearings and bushings. When it’s going bad, the bearing will make a whining or growling sound. When that happens, the end is imminent.

How to Test an Alternator

You don’t need a fancy machine to test an alternator. You’ll need a DVOM, digital voltage and ohm meter, to test your alternator, as well as perform other car electric projects. 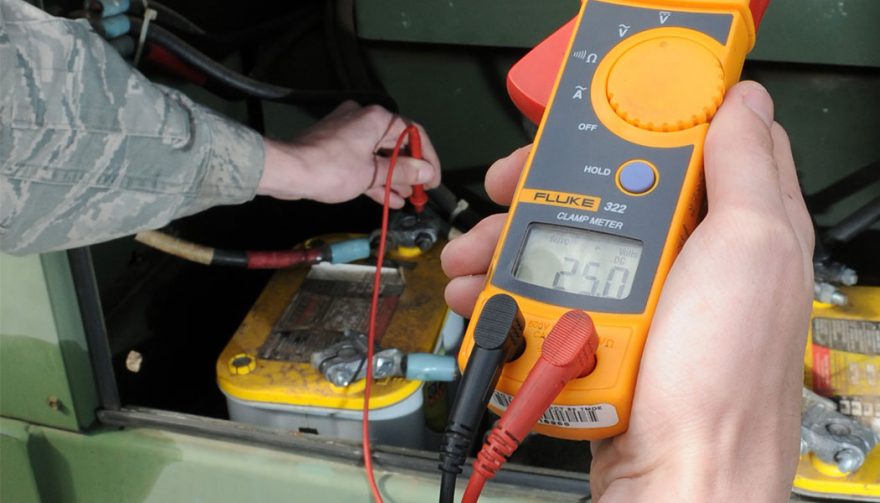 With the engine idling use the DVOM to measure the voltage across both battery terminals. It should read 13.1 volts minimum.

Then turn on the headlights, air conditioning and rear window defroster. Voltage should still read a minimum of 13.1 volts. That indicates the alternator is producing enough power to satisfy all the demands on it. If not, its output is too low.

Now rev the engine to a fast idle. Voltage should immediately rise to between 13.6 and 14.2 volts. If not, alternator output is poor.

Suppose all that is good. The alternator could still have bad diodes. As the semiconductors go bad they allow a small amount of AC current to escape into the vehicle’s electrical system.

Even though the alternator is supplying ample DC power, a little AC current escaping from it will cause sensors to have erratic readings. That’s why it can be so difficult to diagnose drivability problems at times. Always begin with a charging system test.

With the engine idling and everything still turned on, use your DVOM to measure AC voltage across the battery’s positive terminal and a good engine ground. If the DVOM shows more than about .2 volts AC, suspect bad diodes in the alternator.

Let’s say the car battery died, you replaced the alternator, then ran the engine to recharge the battery. Next thing you know the new alternator is bad.

Vehicle alternators are not heavy duty enough to recharge dead batteries. That forces them to run at 100 percent output, which produces tons of heat. The heat ruins the alternator.

Always use a battery charger to recharge your battery. Keep in mind that battery chargers can also leak AC voltage into your car’s electrical system, especially when under a heavy load.

That’s why it’s best to disconnect the battery’s ground terminal before you recharge the battery.