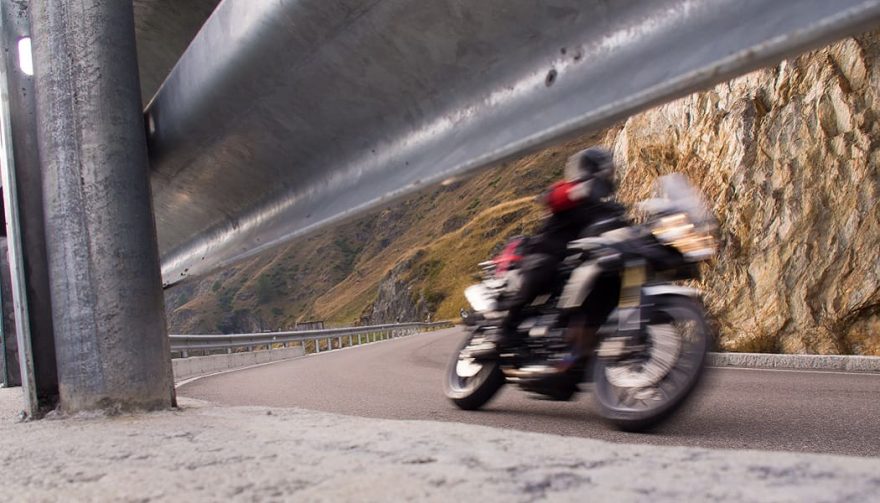 Many motorcycle accidents can be avoided with active vigilance and preparation.

How to Avoid the Most Common Motorcycle Accidents

Many motorcycle accidents can be avoided, but it requires vigilance on the part of the rider.

After an accident involving a car and a motorcycle, a car driver gives the statement “I never even saw the motorcycle.” And it’s a true statement. Most drivers are only aware of other cars sharing the roads with them. They are mostly unaware of bikers near them in traffic, until it’s too late.

Two other things are true in many cases. The car driver was at fault, but the motorcyclist was the one who was injured. The “law of tonnage” proved true, and the biggest vehicle protected its occupants better.

Let’s add one more item that also might have been true, certainly in some cases. If the motorcyclist had been better trained and more aware of the accident about to happen, he or she might have avoided it.

Motorcyclists Have a Better View of Traffic

One big reason we ride bikes is the feeling of freedom it gives us. And it’s certainly true with our senses. We can see and hear more. That makes us bikers more naturally aware of our surroundings.

If you’ve ridden for a while you might be thinking that bikes also are more nimble and maneuverable than cars. True. In many real-life traffic situations a biker theoretically can stop, swerve, or out maneuver a typical car or SUV.

Our safety, then, lies in our training and situational awareness. The more we understand potentially dangerous situations and how to respond to them, the safer we will be. We’re not placing blame here. We’re just trying to keep ourselves safe from all the car drivers that don’t even see us. Also, we can routinely practice these skills so they become a second-nature reflex to us.

The Car Turned Left and Hit the Motorcycle

If you read many studies, articles or magazine editorials on motorcycle accidents, you know this is the most common mishap. As a biker approaches an intersection, the car in the left turn lane suddenly turns into the biker’s path. At most reasonable speeds, it would have been impossible for the rider to brake to avoid the accident.

You May Also Enjoy:
Four of the Best New Motorcycles for 2020

A headlight modulator greatly decreased the number of times that scenario happens to me. A modulator flashes the bikes’ headlight on and off repeatedly. Perhaps you’ve seen an occasional motorcycle in traffic with one and wondered what was wrong with its headlight. The flashing light got your attention. That’s the point.

If You Can’t Eliminate the Risk, Then Manage It

Sometimes it’s possible to exchange a greater risk for a lessor risk. Normally I keep a distance between my bike and vehicles near me in traffic. The exception is when going through busy intersections.

I might at times position my bike, in my lane of course, to travel parallel with a car that is also going through the intersection at the same time. Oncoming drivers might still overlook my bike’s flashing hi-beam, but they will notice the 4,000-pound vehicle traveling in the lane next to mine.

Weigh the risks carefully, because cars do change lanes without warning and crowd motorcycles out of their lanes. This especially happens as drivers approach intersections. Better yet, enroll in a good motorcycle safety course and study all these scenarios.

A Car Hit the Motorcycle from Behind at a Stop Light

This is plain stupid, but stupid hurts. Even before cellphones became an epidemic problem that distracts drivers, cars routinely ran into bikes stopped in traffic. This type of accident is more common than we might suppose, so let’s deal with it.

When approaching a red light, don’t stop in the middle of your lane. Plan your escape route, and stop slightly (not a lot) to the side that will allow you the safest rapid escape if a car puts you in danger.

Get into the habit of consciously choosing your stopping point strategically, just like you always choose your lane position strategically. You do that, don’t you, to be seen better and to always be poised to avoid the never-ending stream of potential accidents?

Keep your bike in gear when stopped. It won’t damage the clutch. Watch your mirrors, because the greatest danger in a stopped-in-traffic scenario is being hit by a car from behind. Flash your brake lights when you see a vehicle coming to a stop behind you. Better yet, buy a brake light modulator to automatic flash your brake light for you.

When stopped in a turn lane, keep your turn signal on. Wake up the distracted drivers approaching your bike.

I found this difficult to believe until I had read it many times from different sources. The most commonly reported cause of single-vehicle motorcycle crashes is alcohol.

It impairs judgment. It slows reflexes. Accidents happen in a split second, but the effects can last a lifetime.

The studies indicate that if alcohol had been removed from the scenario, many such accidents would not have happened. Don’t drink and ride, or drive.

This wakes you up fast. Exiting off an Interstate highway you suddenly realize that the curve is becoming smaller and smaller in radius, and you are rapidly drifting to the outside of your lane.

Resist the urge to hit the brakes. That would make the bike high-side and throw you off over the top of it. If you are not speeding anyway (like who does on turns), try to maintain speed and simply lean the bike over more and more.

You might be surprised how willing your motorcycle is to safely make that turn.

Yes, bikers do run wide on turns and veer off the road. Often the accident investigation will conclude that the motorcycle could have physically negotiated the turn at the rider’s apparent speed, but the rider was not comfortable leaning the bike that far over.

Many of today’s bikes equipped with modern tires are capable of extreme lean angles. Practice at low speeds in an empty parking lot on Sunday mornings.

Better yet, invite two of your motorcycle friends along. Buy some cheap traffic cones and set up a figure-eight course.

Better yet, convince your friends to enroll with you in a good motorcycle safety course. It’s fun. Really. It is.