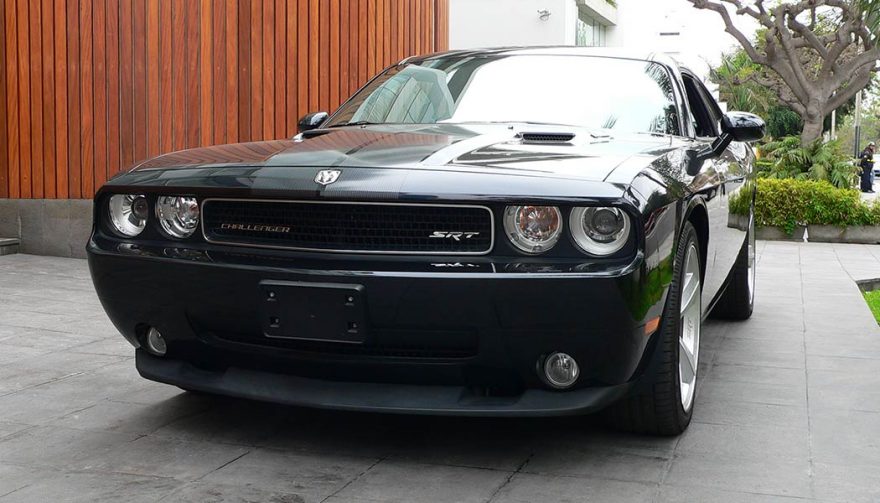 Classic Cars like the Dodge Charger have been reimagined.

There isn’t a gearhead alive today that doesn’t have some level of appreciation for classic cars. We’re talking classic, recognizable models and, while that tends to indicate American muscle, that’s not always the case.

Classic cars are kind of ambiguous in their definition. There is no specific age a car must be to be considered classic. Rather, the term classic car refers to its widely-recognizable features and ‘historical interest’, driving a market for restoration and collectability.

Recent years have seen a comeback of several classic cars in modern form. Yes, American muscle is alive and well, but so are other makes. Cars like the Volkswagen Beetle have never really left the marketplace, yet their current models are identifiable because of their resemblance to the classic Beetle of the 60’s. The Mercedes SLS AMG takes definitive styling cues from its predecessor, the Gullwing 300SL in no small form. The BMW M-Class, both new and old, look eerily similar yet hardly share a similar bolt anymore.

Some classic car throwbacks are done better than others. Take the Dodge Charger for example. Here we have a beautiful, aggressive sedan with incredible features and comfort, and power options that include a meagre V-6 engine all the way up to the 707-horsepower SRT Hellcat version. The car is simply amazing, though the name ‘Charger’ should never have made its way onto the car at all. The Dodge Charger of yesteryear – the General Lee of the Dukes of Hazzard – was never a sedan. It was always a coupe, and should’ve been brought back as a coupe or not at all.

Some classic car redesigns or throwbacks are spot-on likenesses that embody the true spirit of the classic car they emulate. Though they may not share any similar components but they are totally recognizable as modern-day doppelgangers.

It’s really no surprise that the Challenger tops the list of best throwbacks. The Challenger was re-released in 2008 to a general public just recovering from financially disastrous situations. What was expected was a limited welcome with half-hearted appeal. What really happened was a massive cult-like following that quickly sprang up.

The new Dodge Challenger appealed to a broad spectrum of buyers. Younger car buyers loved the gorgeous sports car they could purchase with a conservative, fuel-sipping V6 while middle-aged and older buyers recognized the car as one from their youth. They were snapped up in a hurry with SRT and Hellcat editions to follow.

The biggest wave to hit the new American muscle market is the afore-mentioned Hellcat. Truly carrying the spirit of its ’71 Challenger-inspired design, the new Challenger SRT Hellcat boasts an immense 707-horsepower from a supercharged 6.2-liter HEMI engine. Interior layouts are similar to the older model though obviously filled to the brim with new technology.

You May Also Enjoy:
Ponies in the Pictures: Top 5 Mustang Movies

The new Dodge Challenger, especially any special edition, will undoubtedly become collector’s cars in the future.

There has never really been a pause in production for the beloved Ford Mustang. Right from the first generation beginning in 1964 (and a half), the Mustang has been a popular brand. Granted, the seventies weren’t too kind to the Ford sports car with the wide, heavy body in the early part of the decade and the Mustang II in the latter half, but they nicely recovered their cult following with the Fox-body styling thereafter.

The new Ford Mustang carries on a tradition of excellence. With one of the original engine options a V6 engine borrowed from the Ford Falcon, the Mustang had as little as 101 horsepower in 1964. Now, the base Mustang has 300 horsepower from its V-6. That power ranges all the way up to 526 ponies from in the GT350R, a throwback all unto itself.

The Mustang may not be a traditional throwback or redesign, but it definitely has returned to its visual roots of the sixties with the current model.

This story reads similarly to the Ford Mustang. The Camaro barely ever left us, but it left our minds and considerations with the blunderous model that came about in the seventies. Again, even the eighties were a sad creature compared to its original state in the late sixties.

The Camaro was developed in response to the Ford Mustang. In fact, Chevrolet’s product managers went as far as to say that a Camaro was “…a small, vicious animal that eats Mustangs.” While that debate may never end, the Camaro was a sexy beast that bore engine options ranging from the 3.8-liter V-6 all the way to a monstrous 7.0-liter V-8.

As designs evolve, they lose bits of the spirit of the original model. The Camaro was abandoned in 2003 by GM, then resurrected in 2010. The 2010 Chevrolet Camaro embodied the original heart and soul of the 1967-69 Camaro, borrowing its shape and body lines, its gauge design, and even seating position. The Camaro is one of the best throwbacks because of how closely the new model was engineered to be like the classic Camaro.

At its core, the Camaro now bears engine options including an immensely powerful supercharged 6.2-liter V-8 and a 7.0-liter naturally-aspirated V-8 that reminds us of the original yet again.

This may seem like an odd duck here in a classic car throwback post, but have you seen the new Porsche 911? Again, it’s a model that has continuously been produced in some format. The difference with the Porsche 911 is that it has never strayed from its roots and core design.

Take a look at the headlights and hood design. There is a continuity since the 911’s inception in 1964 that is unmistakable. In the back end, the horizontal grille and short taillight bars are all Porsche, without a speck of doubt. The long, raked hood and bulbous passenger compartment are immediately recognizable.

The driving experience is what Porsche is all about, and that has never been forgotten. The wheel base has been stretched wider, and the engine is a behemoth offering up to 552 bhp in the turbocharged Turbo S compared to the original 2.0-liter with just 130 bhp. Though take a 1964 Porsche 911 for a spin and you’ll be surprised at how thrilling 130 horsepower can be.

Many would like to forget that the Corvette was produced during the coke bottle-shaped era and through to the current model. They won’t be mentioned any further. The classic, original Corvette became popular a few years into production beginning in 1956. Prior to that, they weren’t all that good-looking, frankly.

The ’56 Corvette had 225 horsepower and set a production car record of 145 miles per hour. For its era, the Corvette was as much racecar as you could get for street use. It’s sleek, sexy body lines and rounded hood and headlights took it from homely to prom king overnight.

The new Chevrolet Corvette doesn’t hardly resemble the former glory of the ’56 Vette. What it does embody is the same spirit. It is a rocket on the track, and its appearance is also sexy and intimidating. While it is less recognizable as its classic car ancestor than others, its attitude and performance along with its name will make this generation of Corvette just as much a collector’s car as the ’56.