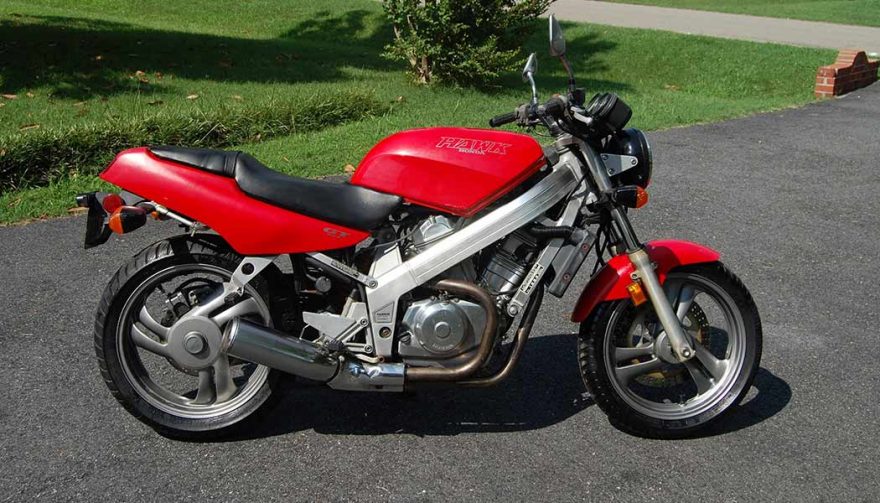 It’s an oldie but a goodie. Also a naked bike, the Honda Hawk GT has ageless looks and is a fun ride, no matter your skill level. The Honda Hawk GT was only built from 1988 to 1991, so it could be tough finding one.

It has a 647cc four-stroke V-twin mounted inside its exposed aluminum frame, making a supposed 58 horsepower. It rides much like a sport bike with a wet weight of only 412 pounds. Being a Honda, there’s no question that a well-maintained bike will last for a few more decades. 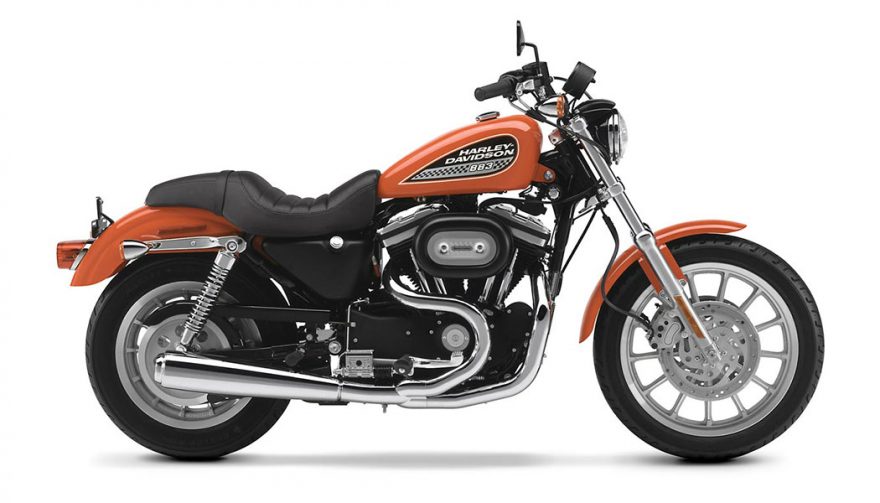 It’s likely your first bike, so you should probably stick with the smaller-displacement Sportster 883 instead of the 1200. Both are great bikes, though. The Harley Davidson Sportster has been in production since 1957, but we like the newer ones on the used bike market. They are rock-solid, stylish and aren’t too tough to handle for a first motorcycle.

The 883cc four-stroke V-twin is peppy, hence the name Sportster. The 2002 model is one of the last years the engine was bolted directly to the frame, and it gives it that classic Harley vibration. If you like a smoother ride, go for a 2004 or newer. 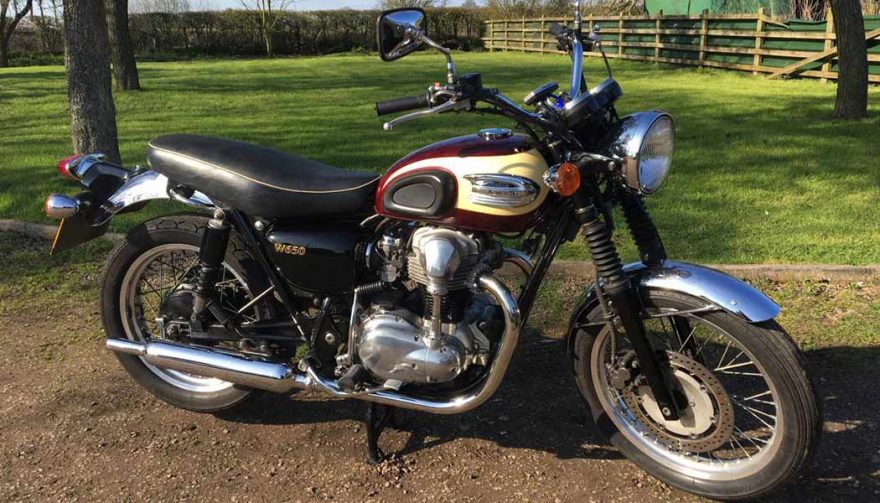 Another retro standard motorcycle that should be on your short list is the Kawasaki W650. It looks similar to the Triumph Bonneville, but it’s pretty rare in North America. While it was produced until 2007, it was only imported for two years, 2000 and 2001. Should you come across one, you’ll want to snatch it up immediately.

It’s a 676cc engine with 50 horsepower and a traditional chain drive. You probably won’t want to hit high speeds with it – it’s not built for such things. It is a super-comfortable bike for commuting or for highway rides.

Previous Next
View on One Page
You May Also Enjoy:
9 of the Best Sport Touring Motorcycles on the Road