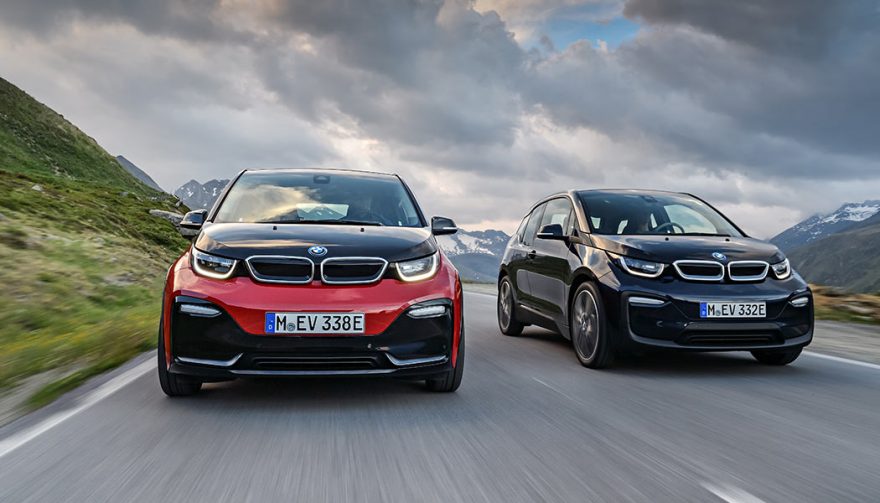 The new BMW i3s, left, alongside the updated BMW i3

BMW Gives i3 a Facelift and a New Performance Variant

Most people dismiss the BMW i3 for its interesting looks. In a bid to change that fact, the Bavarians have released a set of mid-cycle updates. They mostly address the electric car’s looks.

But BMW has also answered the call from a certain group of enthusiasts, unveiling the i3S.

You can say it: the BMW i3 is ugly. Not even a mother would love the front fascia, which is the primary turnoff. But the sides and rear have probably shunned a fair amount of potential buyers. Most people want something that looks at least decent if they are shelling out around $50,000.

Thankfully, this update for the 2018 model year addresses the fugly parts of the BMW i3. Designers gave the front fascia a major facelift. LED headlights are now standard, which is a growing trend throughout the industry. The fog lights, which looked like a design afterthought before, are now horizontal. They blend in with the front fascia lines, like they were meant to be there from the beginning. The crazy flourishes in the fascia are gone, so you get a cleaner and more grownup presentation. 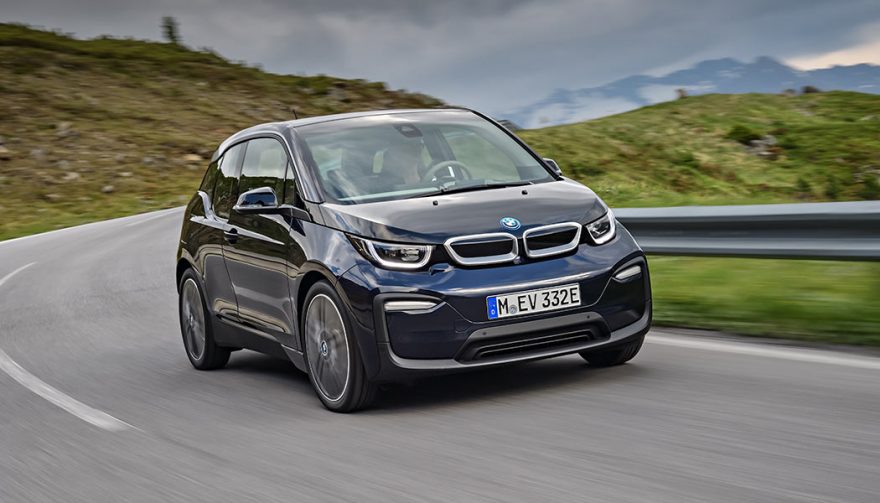 Fender flares give the BMW i3 a stance that you could call sportier. BMW made the new rear bumper match the new front fascia. Large silver trim pieces start at the A-pillars, run down the length of the roof, and terminate at the top of the D-pillars. They add some drama, while hopefully avoiding any parallels with Japanimation car designs.

Yes, the old BMW i3 looked like it belonged in a cartoon. The new design exudes maturity, which is befitting of a Bimmer.

If you’re expecting a big overhaul for the interior, prepare to be disappointed. BMW actually designed the cabin to be pretty attractive from the get-go, so it doesn’t mess with success.

A few minor tweaks launch in the 2018 model, and that’s it. Among them is a new Giga Brown Natural Leather and Carum Spice Grey Cloth scheme. Drivers also benefit from the new iDrive 6 interface, which should be
easier to use than the previous version. 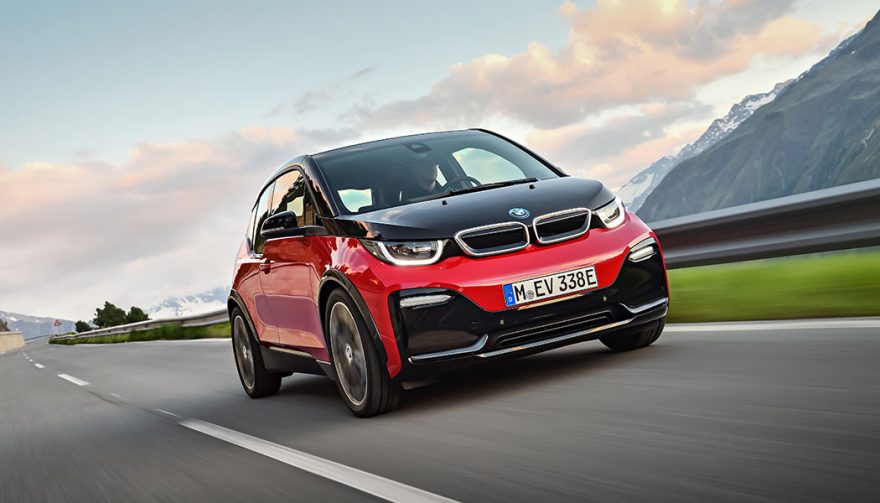 Most people have no idea that a BMW i3 enthusiast following exists. We’re not just talking about people who like to see how far they can go on a charge, even though that’s a thing too.

Some owners take their i3 vehicles to Autocross events, and do surprisingly well. The little EV handles itself well, and accelerates quickly.

In a nod to these loyal fans, BMW has created the i3S. They look a lot like the rest of the lineup, but the exterior trim pieces are completely black. Exclusive 20-inch bi-spoke alloy wheels add to the aggressive aesthetics. Other than those elements, the i3S matches its siblings in aesthetics. 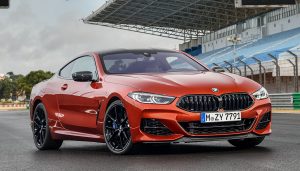 Thankfully, the i3S isn’t just about looks. BMW expanded the wheel track width by 40 mm. Engineers also dropped the suspension by 10 mm. These two mechanical tweaks should improve handling, but we’re not sure by how much yet.

The upgrades don’t stop there. BMW also upgraded the electric motor. As a result, drivers will have a peak 184 horsepower and 199 lb-ft of torque at their disposal. When compared to the regular i3, the i3S should charge from 0 to 60 mph half a second quicker, according to BMW.

What Will be the Results?

Ultimately, nobody knows what these changes to the i3 will do to sales. After all, competition in the small electric car space is heating up. Chevy has come out swinging with the Bolt. The Tesla Model 3 has launched.

Meanwhile, the new Nissan Leaf could become a tremendous value proposition. Volkswagen, Jaguar, and plenty others will be rushing into the segment with guns blazing.

Will a few upgrades to how the i3 looks make it a success? Sales have been lackluster, and obviously someone inside BMW thinks a funky design is at least partly to blame.

The average person doesn’t really understand how revolutionary the i3 has been for BMW. Even if hardly anyone has purchased one, the car has been changing how the Bavarians design, engineer and manufacture vehicles.

With the extensive use of carbon fiber in the structure, which is basically unheard of in a car costing less than six digits, the BMW i3 is a game changer. It uses plenty of adhesives instead of hardware to hold components in place, along with other composite materials. As a result, the i3 weighs relatively little, and yet does fabulously well in real-world crashes.

Of course, BMW wants to sell a ton of i3 vehicles and make plenty of money off the car. But it’s already demonstrating the forward-thinking of BMW. If you want to know what future Bimmers will have under the skin, study the BMW i3.