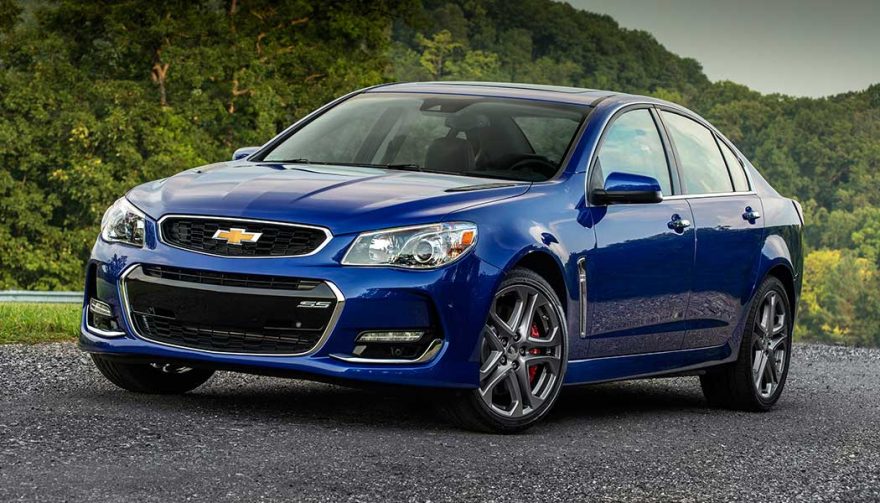 It's too easy for people to write the SS Sedan off as another boring Chevrolet sedan.

As a young car enthusiast, I always opted for smaller, lighter vehicles like my Honda CRX Si or Saab 9-3. The problem now is that I have three kids to cart around, and my wife isn’t too keen on spending good money on a vehicle that won’t accommodate them. While some people might debate the merits of having children, that’s not the purpose of this article. It’s really about checking out one of the few remaining family-oriented enthusiast vehicles on the market today: the Chevrolet SS Sedan.

Most people have no idea the SS Sedan even exists. When I began looking for one, there were only two available in the area. I wanted the six-speed manual version. Unfortunately, both local ones had automatic transmissions, but I was curious enough to overlook that limitation.

Since the sedan is large enough to accommodate my kids’ long legs, I took them and my wife along. It was apparent that despite my own fawning over the SS Sedan, my significant other didn’t have the faintest clue about it. Once I spotted the car, she thought for sure it was an Impala.

That brings up one huge problem for the SS: there’s really nothing distinct about its styling. Sure, there are vents in the hood and front fenders, but they’re nothing compared to what you can get on a Corvette or Camaro. Hell, they’re tiny compared to what Subaru slaps on the STI.

It’s too easy for people to write the SS off as another boring Chevrolet sedan. For a car with such bravado, it sure makes for a boring entrance.

I had to explain to my wife what the big deal was with the SS. Sure, the interior was fairly nice, but she openly wondered why the car costs so much. That’s when I popped the hood, revealing the small-block 6.2-liter V-8. It pumps out a wondrous 415 horsepower and 415 lb.-ft. of torque, and let me tell you it feels great – more on that in a bit.

The list of impressive equipment doesn’t stop there. You also get massive Brembo brakes, including red 4-piston calipers in the front and rear. A new dual-mode exhaust stays quiet when you’re cruising, but billows like a roaring lion at WOT. Transmission and oil coolers are also included – this is a serious street and track machine!

Another impressive feature is the Magnetic Ride Suspension, a technology developed by GM that actually provides an incredible mix of comfort and responsiveness, which are usually enemies of each other. Among the interior appointments are a flat-bottom steering wheel, high-bolstered front seats, leather upholstery, sport pedals, and most of the comfort and convenience options from the GM catalog. It’s a complete package for $46,575 plus shipping and $1,300 gas guzzler tax (sorry, it’s the EPA’s price of admission to the Super Sport Club!).

On the practical end, the SS Sedan has a pretty spacious backseat. At 6-foot 2-inches, I could fit without discomfort, so my kids were happy. The trunk is also quite large. It could easily swallow strollers, groceries or even a bag of balls for football practice. These details got my wife to warm up even more, because she saw the sedan was a fairly practical second vehicle.

You would think that with its dismal sales numbers, dealers would jump at the chance to sell a Chevy SS Sedan. At least that’s what I thought until I tried to drive one. Once I got a salesman’s attention, I explained that I had arrived to check out that specific car. He didn’t seem to know which vehicle I was talking about.

“It’s the white one, right up front by the entrance over there,” I explained, pointing out which entrance I meant.

“Oh, that? You know, we have a lot of great Camaros, and they’re fun to drive.”

I went back and forth with him for a few minutes, explaining that the interior and trunk space of the SS was the big draw – something the Camaro just couldn’t match. I’ve driven plenty of Camaros, and while they’re certainly fun, they’re hardly practical.

Finally, he realized I was interested in something with a good-sized backseat and trunk. That’s when he started talking up the Malibu and Impala. He explained how nice both of the other sedans are, that they cost a fraction of what the SS would set me back, etc.

I started to get the impression the salesman didn’t want to show me the SS Sedan, no matter what I said. Finally, after asking to test drive it no less than six times, he went to fetch the keys.

You May Also Enjoy:
Chevrolet Surprises Everyone With the New Camaro ZL1 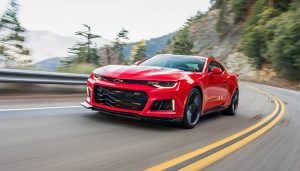 When the salesman came back with the SS, he suddenly was an expert on it. By expert, I mean he knew the car has a sunroof and navigation, plus cooled seats.

Just as we were piling into the idling car, the massive V-8 beckoning to me, the salesman pulled a maneuver that would ultimately kill the deal. He explained that his manager insisted he ride along, without supplying any other reason why.

The SS is a five-seater. I have three kids. That meant my wife had to stay behind, and that made her angry. She had no interest in driving the car, since quite frankly the V-8 intimidated her, but she really wanted to feel what it was like to ride in it. Once you piss off the wife, you might as well kiss your sale goodbye.

Without my wife, I finally pulled out of the dealer’s lot. The first thing I noticed was how much the SS drove like a regular car at low speeds. Some performance cars are jittery, like an overly-caffeinated rabbit, when negotiating parking lots, etc. As I pulled out and obeyed the low speed limit on the road, the car continued to behave incredibly smoothly. I figured really punching it out of the gate was probably bad form, considering.

Finally, we reached the freeway entrance ramp. I pushed hard on the accelerator, and the small-block V-8 sprang to life. As the exhaust roared angrily, we rocketed forward with such ferocity that I reached the 75 mph speed limit well before officially entering the freeway. In fact, I had to back off, realizing I could get in serious trouble with such a car.

The SS Sedan continued to impress at freeway speeds, providing plenty of pull to negotiate the many heavy trucks clogging virtually all of the lanes. My kids exclaimed it felt like they were riding in a race car, laughing each time I opened the throttle up.

Instead of letting me enjoy the beautiful symphony exploding from the engine, the salesman proceeded to play with the many onboard electronics, including the stereo. He talked incessantly, unsuccessfully explaining how the blind zone alert system worked. I was changing the drive setting to Performance, feeling the steering become heavier and the throttle far more sensitive, wishing he would shut up and just let me experience the car.

I “accidentally” skipped past the freeway entrance where the salesman wanted me to turn around, shooting for the next one instead. This forced me to drive along a notoriously rough frontage road to get back on the freeway going the other way. I knew this would be the perfect test for the Magnetic Ride Suspension. It performed beautifully, keeping the tires firmly planted on the broken pavement, without making everyone feel like their insides were about to vibrate out their ears.

“This is the car,” the salesman said over and over. It was, but I certainly didn’t feel like it was the right dealership.

Hitting a couple of red lights, I was able to try out the brakes. Not that it was surprising, but I had to feather the brake pedal, or I would’ve given everyone a healthy dose of whiplash. I can imagine they’re definitely sufficient enough to bring the car under control while whipping through the turns on a racetrack.

Thanks to a strange road design, I had to flip a U-turn to get back on the freeway. It gave me an excellent excuse to really test out how the SS Sedan corners, and it performed beautifully. Despite being a large sedan, it took the turn so tight I had to make a couple of corrections to stay inside the marked lane lines. Even when pushing it through the turn hard, the steering and suspension were incredibly composed, giving me extreme confidence. The car was no knuckle-dragging brute only capable of speeding in a straight line, and I reveled in this fact. On the freeway jaunt back, I shot several gaps, the steering feeling precise and completely intuitive.

Upon returning to the lot, I knew the Chevrolet SS Sedan was indeed my kind of car. It was obviously designed for enthusiasts, even if Chevy is doing a horrible job of communicating that fact. Enticing more people to try it out should net better sales – I have zero doubt about that. As my wife pointed out, slapping a little bit sexier body panels on it wouldn’t hurt, either.

As I gathered my kids and my wife met us outside the showroom, the salesman grilled me about writing up a sales contract right then. I explained that I was definitely going to test out some other options first, and he literally ran off exclaiming he would return with his boss. Sure enough, an older man who was the sales manager came hustling out with him as I finished loading the kids into our SUV. It was more of the same “what can I do to get you into this car today” line of questioning. After I took a business card, they were satisfied to let me off the hook.

Driving off in my vehicle, it felt tall and slow, plus the steering was numb. I already knew all of these things, but they were in stark contrast to the SS Sedan I had been driving just a few minutes before. I immediately missed it deeply.

GM has a uniquely incredible car on its hands. It’s definitely one of the most, if not the most, unappreciated enthusiast vehicle on the market right now. After all, how often can you treat little Timmy to almost 1 g of cornering force on the way to school in the morning?

Check it out for yourself – you will be convinced!