Buying an eco friendly car is an important decision to make

Green Car Guide: Should You Shop Hybrid or Electric Cars?

There are as many reasons for going green with your choice of automobile as there are drivers pondering the decision. Some make it because they want to save more money at the pump. Others do it because they want to do their part to protect the environment. Still others are more concerned with helping to move society away from fossil fuels. And some are swayed by the ultra-cool styling of some of the new green car generation (think Tesla). So should you make the jump to hybrid or electric cars?

Most who ponder this move have questions that are difficult, if not impossible to answer without some digging. If you’re considering buying a green car, be it a hybrid or electric cars, let’s touch on a few of the things that you need to know well before you pony up the cash.

Hybrid Doesn’t Necessarily Save You on Gas

Hybrids have been touted as a great way to save on fuel costs, as well as reducing emissions and damage to the environment. Sounds great, right? Well, it is and it isn’t. Too many consumers opt to buy a hybrid vehicle and then realize that they’re not seeing the savings they had expected. What gives? It’s actually pretty simple.

Hybrids really only save fuel during in-town driving. Conventional gasoline engines get better fuel economy on the open road than they do sitting in traffic. Hybrids are the reverse. They’re designed to be that way. That’s the entire point of their existence, really. During slow, in-city driving, hybrids rely on their electric motor to scoot them along, using little if any gasoline. On the highway, that’s not possible, and they have to rely on their gasoline engines.

That doesn’t mean you won’t see some fuel savings, but many consumers find that it doesn’t measure up to their expectations. It also depends on the type of hybrid you’re driving. For example, a “mild” hybrid will never see the same fuel economy as a true hybrid, simply due to the nature of the beast. A hybrid sports utility vehicle probably won’t return compact-sedan level fuel economy, but it will still likely give you less time (and money spent) at the pumps.

If you’re concerned about fuel economy and you do a decent amount of highway driving, it might actually be better to consider a conventional gasoline model. Smaller cars today have significantly better fuel economy than they once did, many rivalling what’s possible with hybrid or electric cars technology.

Another significant consideration here is whether the choice to buy a hybrid (or electric) vehicle will actually save you any money at all. Sure, the sticker price of a green car is higher, but you’ll recoup that through savings on fuel, right? First, there’s the argument we made above – if you do a lot of highway driving, you might not save much money. However, that’s not the end of it.

In order to save on fuel, you have to drive, and you have to do it a good bit. There’s a very real chance that you simply won’t drive enough to make the investment worth it.

What about those rebates and tax incentives? It’s true that some states do have rebates and incentives in place to encourage buyers to make a greener choice with their auto purchase, but things are starting to change as those states realize the impact to their income. For example, the state of Georgia recently decided to nix the rebate it offered to hybrid buyers, and then it imposed a new tax on hybrid vehicle owners to help recoup the loss of taxes on gasoline sales. Obviously, any additional fees or taxes on hybrid or electric cars will eat into your savings.

You May Also Enjoy:
Why Is the RAV4 Such a Hot Seller? 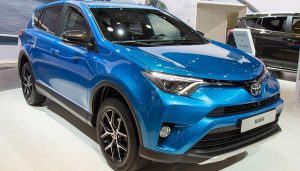 Electric Cars Don’t Have the Range You Think They Do

Hybrids combine electricity and conventional gasoline power to ensure that you can get where you want to go, no matter how far away that might be. You just have to stop off periodically and fill your tank. That’s a process we’re all familiar with, but electric cars don’t work that way. In fact, they don’t have anywhere near the range that you might think they do (outside of a couple of very expensive options).

The average electric car has a range of just 100 miles, though that is quickly growing. While that might be fine for your daily commute, it’s probably not the best option for the family vacation, or even a weekend trip to see the in-laws. Add to that the fact that a full recharge can take up to 8 hours (and even a partial charge can require a solid 30 minutes), and you begin to see the complications here.

The answer seems simple – you have a conventional gasoline-powered car for those longer trips. However, there’s a problem there. You now have to have two cars even if you really only need one. The situation becomes even stickier in a household where two cars are necessary. Who gets the electric and who drives the gas-powered car to work? Do you have to buy two electrics and a conventional car? Is that still a green car then?

Yes, there are electrics out there that can go 335 miles on a single charge. You’ll pay much more for the privilege though. Which puts them squarely out of reach for most car buyers in the US. On top of the high cost of ownership, the batteries that power your electric car won’t last forever. Think of your cell phone, your laptop and other battery-powered items. The battery eventually begins to lose its capacity. The same thing happens with electric cars, and replacing their batteries is very costly.

So, what does all this mean? Is it pointless to buy a hybrid? Is an electric vehicle the wrong choice? Actually, neither is true. Both hybrids and all-electric cars have their uses, and their benefits, they just don’t apply to all buyers. You’ll need to think very carefully before deciding whether to buy a green car. Consider where, when and how you drive. Think about the amount of money you want to spend. Consider the available rebates and incentives, and balance those against new costs (like Georgia’s hybrid owner tax). Only with an accurate picture of all these things can you make a reasoned buying decision when it comes to picking hybrid or electric cars.