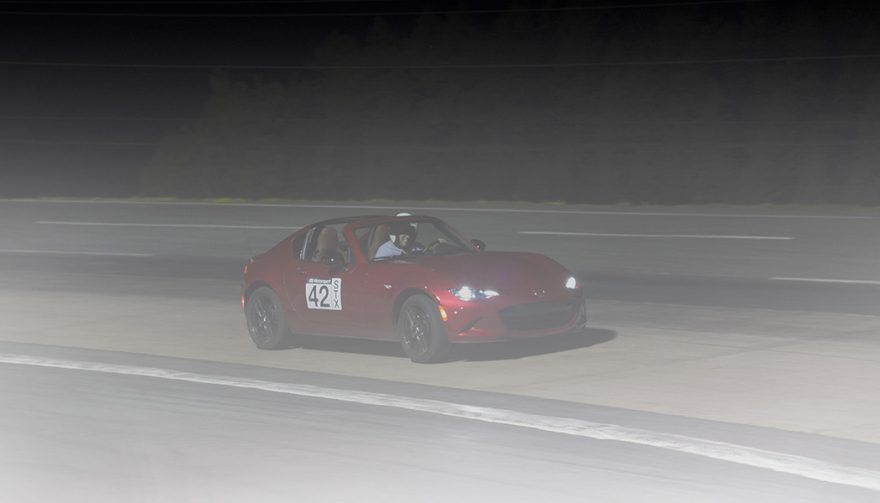 We Asked: Is Fog More Slippery Than Ice? [Satire]

What If We Tested Tires to Keep You Safe in the Fog?

It started with a Facebook post, and ended with us standing on a dark and mysterious piece of test track, testing the latest in performance tires designed for optimal safety in some of the toughest conditions in North America. So, why aren’t there tires for fog?

The original post said that fog was slipperier than ice. That doesn’t sound right at all, but then we sat around on a Friday afternoon in a garage and started to think about it. It might have been the race gas fumes, or it might have been the post-work drinks, but the idea started to make sense. “I can hold ice, right?”, an unnamed editor asked as he clinked what was left of the ice cubes in his glass. “Yeah,” the boss replied, with a long, drawn out hesitation. “Well have you ever held fog?” No. No we hadn’t. Maybe there was something to this after all.

A few calls to the major players in the tire industry weren’t fruitful, but they all had one thing in common. The engineers on the phone were hesitant to answer, as if they were afraid to comment. Maybe we had figured something out.

Nearing the bottom of the phone list, we found what we were looking for. It wasn’t Firestone or Michelin, but the French rubber company Carré Tire who had something for us. We were sworn to secrecy until after the end of March, but they had been working on something that we might be interested in seeing. And, if conditions were right, they would let us do some testing.

That’s how I found myself on a gloomy test track. It was time for a tech briefing from Carré engineer Brouillard Grey. “What we’ve found,” he told me, “is that contrary to what you might think, foggy weather provides a unique set of conditions when it comes to traction. What we have done is create a tire that we feel offers optimal characteristics for what we like to call the slick mist.”

Grey, and Carré Tire, wanted to make a tire suitable for the mistiest places on the planet: Washington State, San Francisco, and coastal Maine, among others. These locations can see more than 200 days of fog per year.

What makes a tire ideal for fog? Carré is keeping the secret closely guarded. They did tell us, though, that the tire uses a special compound, which they’ve named ignoratio elenchi.

Next up was the test drive. I’m not sure where exactly this track is. I haven’t been able to see any scenery since we landed. I’m not even sure what the layout is, so I’m a little apprehensive. Fortunately, Carré has arranged for me to have my first laps be as a passenger. My driver and instructor will be former A1 champion Lustiger Witz. 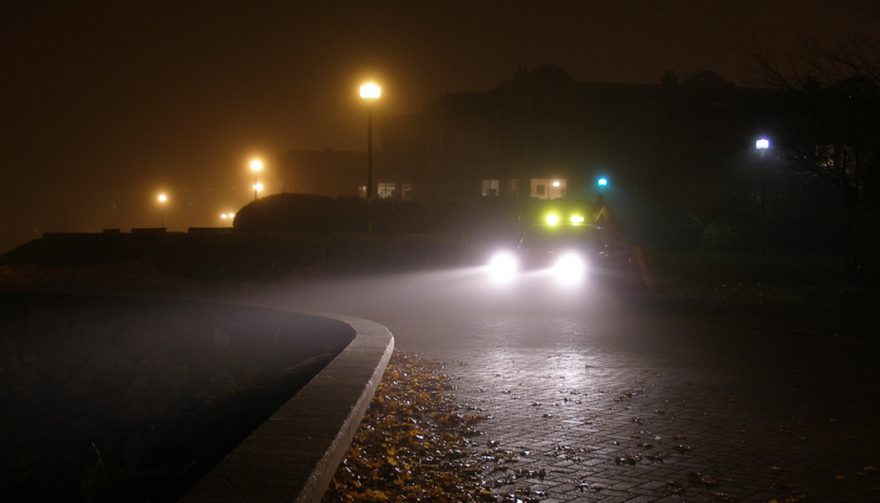 Fog Tires On The Track

My first laps were on a conventional all-season tire. On the foggy test track, the car felt planted and secure. My lap times were quick, but not flat-out. That’s because of the poor visibility. Not being able to see down the track meant that I couldn’t go flat out. It was clear that the fog was hurting outright performance and causing me more stress than I would get on a sunny day.

Next up were the Carré FogHawks. Because Carré was worried about the increase in performance, they sent me around with their test driver again. As we pulled away, she began to explain the features that made these tires better. 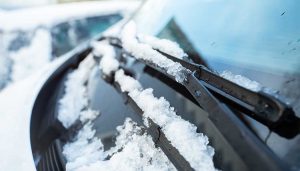 The first thing I noticed was the sound. The tires were as quiet as the all-season tire, but then they emitted a very loud and prolonged blast. It startled me at first. The tires didn’t make the noise continuously, but rather once every two minutes. Come to a stop and the tires would still make the sound. But then they would make the sound twice in succession every two minutes. I’m not sure how loud it was, but I would guess you could hear it for at least a couple of miles.

I was worried that these signals would be far too loud for use in cities and towns, but Carré compliance engineers told me that the sound met international law. The purpose of the sound was so that other vehicles could hear you, even if they couldn’t see you. It was to increase safety.

To further increase safety in low visibility, a bell would ring rapidly when you parked the car. It would do so at one-minute intervals until visibility increased.

The tires also had illuminated stripes. Each set had a unique set of stripes and they flashed at a set interval when the vehicle was moving. That let other motorists see the car and know it was on the road, or so I was told. I was impressed by the high-tech solutions that were being presented so far.

On the road, the tires felt much quicker. Given the horn and the lighting, I was encouraged to go more quickly. I was sure I could see further ahead, and I was able to use the extra grip that the tires offered. Faster, and faster I drove, setting better and better lap times, all thanks to the increased traction offered by the FogHawks.

Until it all went wrong. I pushed too far, missed a turn, and ended up leaving the track. Fortunately, the sand trap and barriers worked as designed to keep me safe.

It turned out that the tires weren’t better performing than all-season tires. That’s because fog isn’t more slippery than ice. Unless it happens to be icy out, too. Use summer tires when it’s warm and winter tires when it isn’t. I drove faster than I could see, and that’s when I crashed. It turns out that the engineers at Carré were enjoying a joke at my expense. I guess that’s what happens when you come up with story ideas based on Facebook comments late on a Friday.

Well, I’ll have the last laugh. After leaving their test track, I’m on my way to my next assignment: testing the new line of clothing from up and coming design firm The Emperor.

If you couldn’t tell by this point, this article is satirical. No, fog tires do not exist. Check your tire pressure and tread depth often and drive according to road and weather conditions.