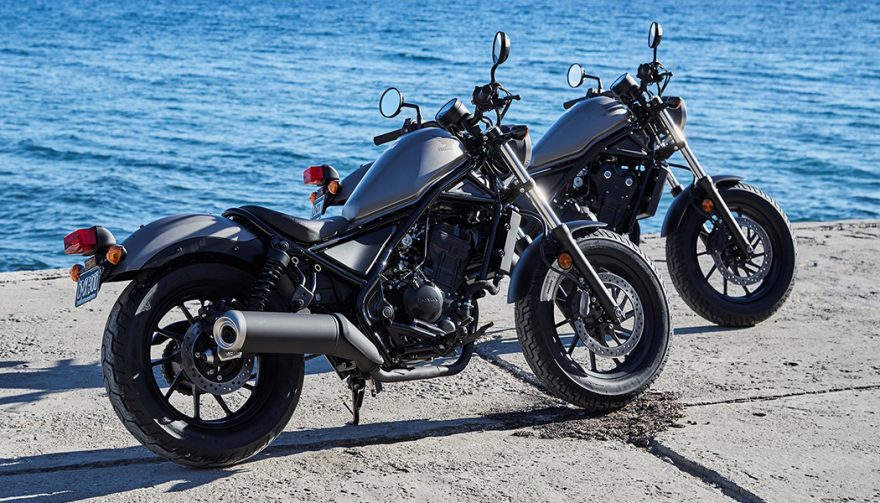 Not All Created Equal: 12 Different Types of Motorcycles

If you were to close your eyes for a second and picture yourself riding a motorcycle, which one would it be? There’s a good chance you’ve got a specific make, model, or style underneath your posterior. You gravitate towards certain types of motorcycles for a reason: color or graphics, riding position, power, speed, handling, or something else entirely.

There are—count ‘em—12 different types of motorcycles on the market, and it would be a shame to picture yourself on just one of them. Some categories are similar while others have stark differences. For example, a chopper is nothing at all like a sport bike. What you’ll discover, though, is that each style shares one indisputable thing in common: a love for riding on two wheels.

When you think of a typical motorcycle, it’s probably going to be a cruiser. We’re talking bikes that have a comfortable, upright seating position or a slight lean back. Handlebars are placed naturally for long rides without too much strain. Some even have saddlebags, a clear sign that cruisers can be ridden for the long haul. Chrome certainly has its place on cruisers. The motor, trim, handlebars, screw caps—they’re all shiny chrome.

Cruisers are meant to be easy to ride, and are often more bark than bite. That is, they aren’t overly powerful even though the exhaust could rupture your eardrums. If you’re looking for a cruiser with more power, it’s fittingly called a power cruiser.

Most motorcycle manufacturers have at least one cruiser bike in their arsenal; some have several. The Honda Rebel 500, the Suzuki Boulevard series, the Triumph Rocket III Range, and the Kawasaki Vulcan series are just a few of the popular ones. But standing out among cruisers are the Harley Davidson bikes. The HD Sportster and Softail motorcycles are among the Harley Davidson models because they’re a comfortable cruiser.

Advertisement
Next
View on One Page
You May Also Enjoy:
Here Come the British! Top Models from Triumph Motorcycles