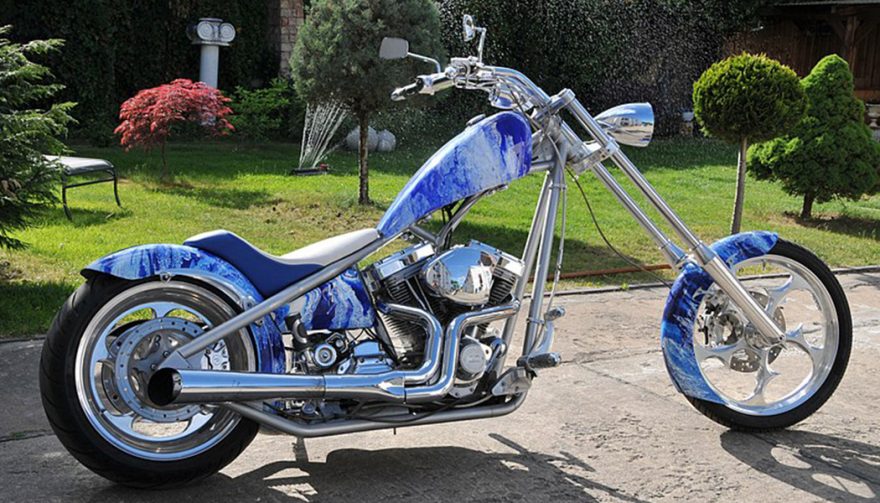 If you were to take a cutting torch, a fine-tip paintbrush, and a mind full of crazy ideas to your cruiser, you’d end up with a chopper. Literally, a chopper is a cruiser that has been chopped, modified from its original form, into a custom bike.

Here are bikes that have long, raked out front forks in the suspension. You’ll see tall handlebars that require a long stretch to reach them, fittingly known as monkey bars. Custom backrests with designs or completely chromed out are common. And a small, custom-painted fuel tank is usually between the rider’s knees.

Choppers are all about the rider. From the modifications to the paint and engine work, it all boils down to being what the rider wants. It doesn’t matter how bold, crazy, tacky, or impractical. 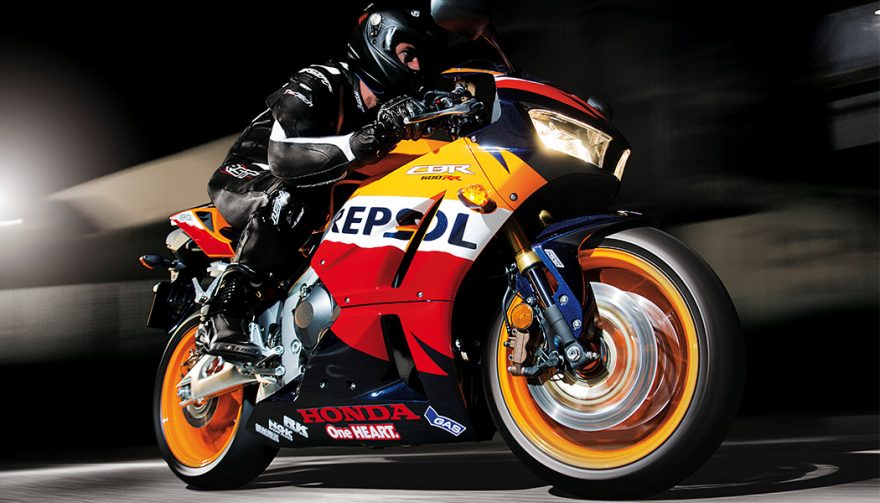 This is my favorite category, personally. Sport bikes are visceral, connected, and have one central focus: speed. Alright, it’s more than just top speed. It’s the bike’s ability to corner well, handle like a rocket on rails, scream to 100 miles per hour in seconds, and screech to a halt on a dime.

Design-wise, sport bikes are very different than cruisers. Aerodynamics play a much larger role for sport bikes to achieve the best performance. Front and side fairings cover almost all the bike, providing a slippery surface for air to slide off of.

Seating position is also very different on a sport bike compared with a cruiser. Instead of sitting upright, the rider leans forward, almost hugging the tank. Handlebars are tucked lower on the chassis for better control and stability.

Many motorcycle brands have a sport bike in their lineup. The Kawasaki Ninja and Suzuki GSX-R series are among the most popular. Ducati has the Panigale series, and Honda has the CBR lineup. Are you looking for one solid performer you’ll love, whether newbie or novice? Pick the Suzuki GSK-R750—you won’t regret it. Needless to say, there are many types of motorcycles that will fit your needs. 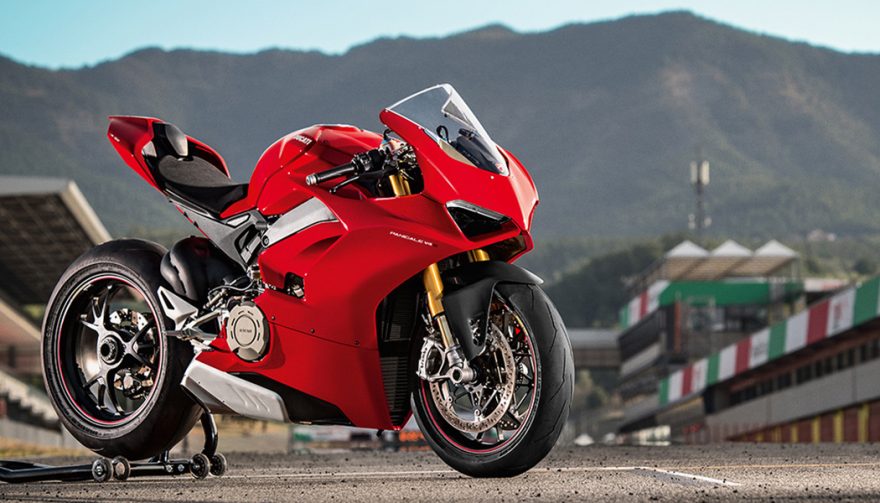 As if a sport bike isn’t enough, there has to be another niche for the absolute diehards and purists. Supersport bikes take the “average” sport bike and make them insanely fast. Most supersport bikes are designed for the racetrack, but can be ridden on the street as well. Some are expressly built for track-only applications. That tells you a little something about it off the hop.

Lightweight, aerodynamic, and perfectly proportioned are the keys for supersport bikes. Your life literally depends on a supersport motorcycle being engineered and balanced immaculately. Carbon fiber and lightweight aluminum are primarily used to build these high-performance bikes.

Performance is often jacked up beyond what you’d think reasonable on two wheels, and for barely 300 pounds. Superchargers have been used lately for the ultimate in performance, outdoing many production sports cars handily. For example, the Kawasaki H2R has up to 326 horsepower from the factory and can hit 249 miles per hour! It’s the fastest production motorcycle on the planet today.

Other types of motorcycles in this category are the Suzuki GSX-R1000R, Ducati Supersport S, and Honda CBR1000RR.

Previous Next
View on One Page
You May Also Enjoy:
Here Come the British! Top Models from Triumph Motorcycles