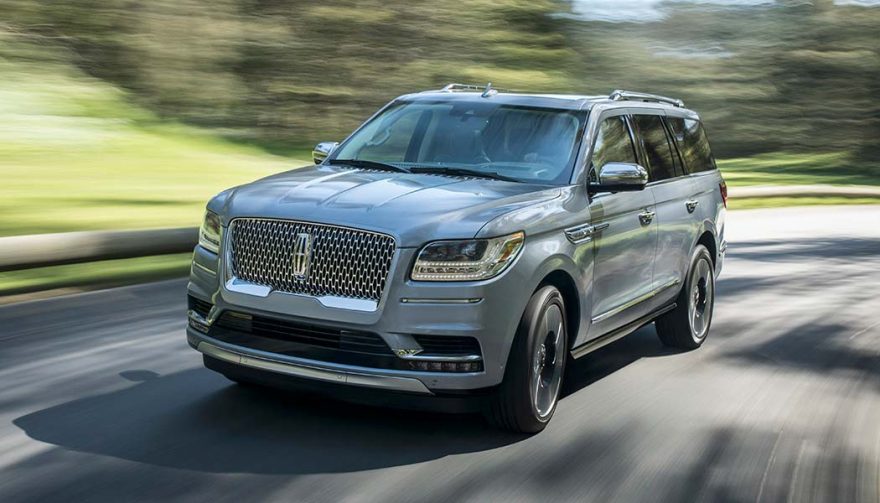 The Cadillac Escalade has long been the pinnacle of American luxury SUVs, though the latest, all-new 2018 Lincoln Navigator could change that.

If you’re lucky enough to be shopping in this segment, the 2018 Lincoln Navigator is the machine to have.

The Lincoln Navigator is a monstrous, well-appointed full-size SUV. Imagine taking your favorite luxury spa then adding four-wheels, four-wheel drive and a potent twin-turbo engine, and you’re in the ballpark.

You’ve got to climb to get in the cabin, but power-deployable running boards make your ascent all the more easier. Then you’re in a world of wood, chrome, metal, stitching details and accenting. The styling on board is like nothing else on the road. This is a massive cabin, and designers used the size to showcase the materials and details to generate a sense of wide-open space. 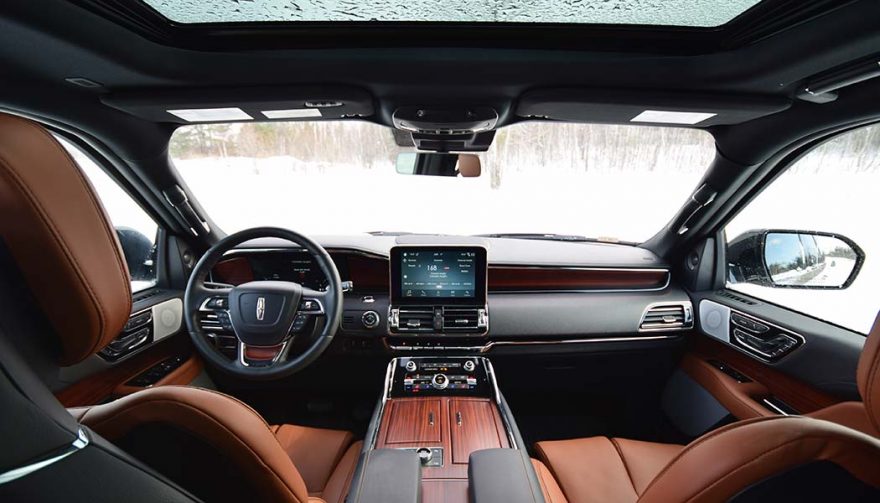 The design translates to plenty of functional storage options. The center console storage bin is deep enough to swallow my arm and shoulder. The bin beneath it is just as large. Compartments on top of the console open to reveal proper cupholders and another deep storage bin with a built-in wireless smartphone charger. Charging ports are everywhere, too.

Feature content? Yes, all of it. And then some, like massaging climate-controlled seats with individually adjustable thigh support, radar cruise, panoramic sunroof, and a Revel Ultima stereo. Further, you get the latest in hazard-detection tech and semi-autonomous driving.

The luxury carries over into the backseat, where a functional center console sits between the second-row seats. It has cupholders, a deep bin and more charging ports. It also has a separate console to control the back-seat multimedia system, which includes TV screens and wireless headphones.

Behind the second-row seats, there’s more seating, or a monstrous cargo hold. Your pick, with just click a button the motorized seats appear or disappear.

Power comes from a 3.5-liter twin-turbo EcoBoost V6 in high-output specification for 450-horsepower and 510 lb-ft of torque. These figures set the 2018 Lincoln Navigator off with ease when drivers just breathe on the throttle.

The engine is most impressive driven gently at low revs. A mountain of pulling power is available with barely a peep. Push the engine, and the sound is pleasing and mellow, and it gets spinning with a hearty growl as it fires the Navigator past slower traffic.

You May Also Enjoy:
Whether You Need It or Not, These Are the 10 Biggest SUVs

Mostly, and like much of the Navigator, the powertrain feels tuned for the gentle driver who wants to sit back, unwind and relax, and little else.

Power is routed to all four wheels by a selectable four-wheel drive system with low-range. A drive-model selector controls the 4×4 system. Drivers twist a dial to engage the mode for a range of situations, “snow climb,” “deep conditions,” “normal” and “excite” modes. The 4×4 system shifts as needed, based on the selected mode.

Some drivers prefer manual 4×4 system control, but in the Lincoln Navigator, this setup gives drivers one less thing to think about.

On my tester the Navigator’s driving experience impressed most acutely in two key situations. The first of these was on snow-covered highways. The tester wore a set of quality winter tires, increasing traction. Add in the hefty weight, long wheelbase and four-wheel drive, as well as a stability control system with a zero-tolerance policy for slipping and sliding, and the effect is easily appreciated.

The second situation involved a badly deteriorating road covered in potholes, frost-heaves and ruts. Navigator is built like a truck, not a car, so it’s solid and tough and rigid. But adaptive dampers turn those characteristics into an incredibly creamy ride.

Two things dulled my test drive in the 2018 Lincoln Navigator. The first of these is the instrument cluster. The fully digital display uses simple fonts and a mostly minimalist approach. It’s less flashy than the rest of the interior. A dorky animation effect where the gauges only light up in the area nearest the needle’s current position looks over-complicated and adds nothing to the experience. Finally, each drive mode is introduced via an on-screen animation, but in at least two of these modes, the displayed clip is of a space-nebula. It’s a head-scratcher.

My bigger issue is the brakes. They’re powerful enough, boast a very smooth ABS action, and pull the Navigator down from speed fairly well. Pushing the pedal is the problem, the first inch or so does virtually nothing. You have to push it another inch before the brakes really start to bite. In an emergency stop, it feels like the pedal may smash through the firewall.

In all, the Navigator is a remarkably designed and supremely comfortable package. Moreover, it’s a machine with many strengths and few weaknesses.