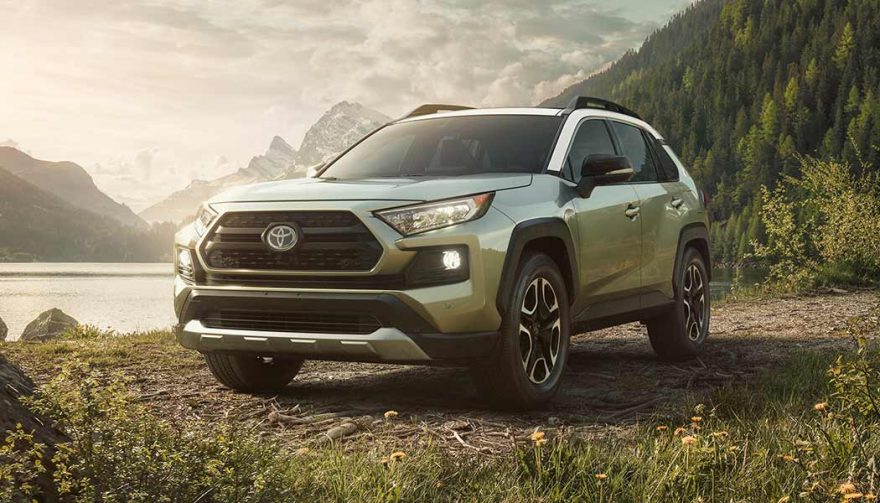 The fifth-generation RAV4 will be available later in 2018

The all-new 2019 Toyota RAV4 made its international debut at the New York International Auto Show. And there’s certainly a lot riding on the dramatic changes.

The compact SUV enjoyed double-digit vehicle sales growth in 2017, selling over 400,000 units. So it’s safe to say Toyota has big hopes for the fifth generation of its most popular vehicle.

And what’s more, the changes on the 2019 Toyota RAV4 are indeed all new, in terms of interior and exterior design as well as powertrain.

The 2019 Toyota RAV4 has a much more athletic appearance compared to its outgoing-model. “Each body panel has a sophisticated twist to it, with a chiseled appearance that is a perfect combination of athleticism and charisma,” Toyota said in a release.

Beneath this “chiseled” exterior is Toyota’s new TNGA platform vehicle architecture. According to Toyota, the unibody chassis is 57 percent more rigid than the outgoing version.

The power source for the 2019 Toyota RAV4 comes from two powertrains. One is a Dynamic Force 2.5-liter inline-four-cylinder engine mated to an 8-speed direct-shift automatic transmission. It is available on the five gas model RAV4s.

Toyota did not release performance or efficiency numbers at the time of the debut. 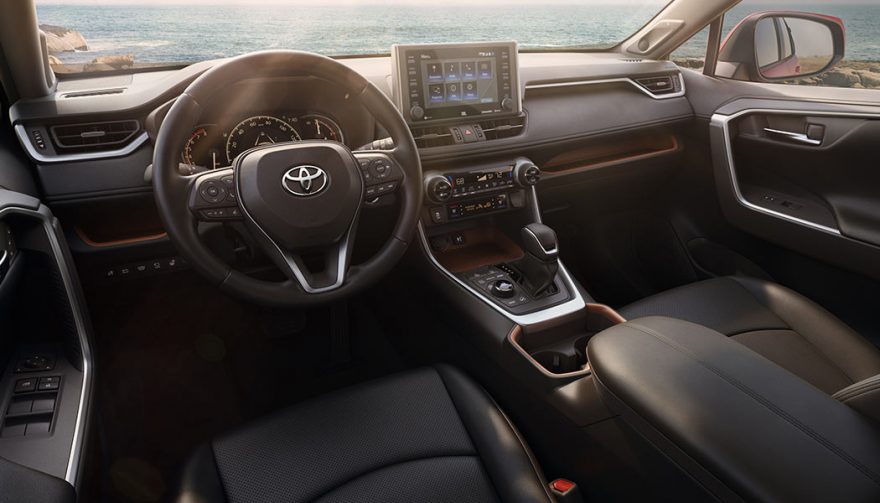 To match the new exterior, the RAV4’s interior also underwent a dramatic transformation. The all-new cabin features high-quality materials and a more contemporary atmosphere. What’s more, there is a greater differentiation in the cabins across trims.

Front and center in the cabin is the standard Entune 3.0 multimedia system, which is accessed via a 7-inch touchscreen. The system is compatible with a number of interfaces, including Verizon Wi-Fi Connect, Amazon Alexa and Apple CarPlay.

The new RAV4 can be had with up to five USB ports between the front and rear rows, as well as an optional Qi wireless charging tray.

Gas-powered versions of the 2019 Toyota RAV4 will hit dealerships later in 2018, but hybrid models will not be available until early 2019.