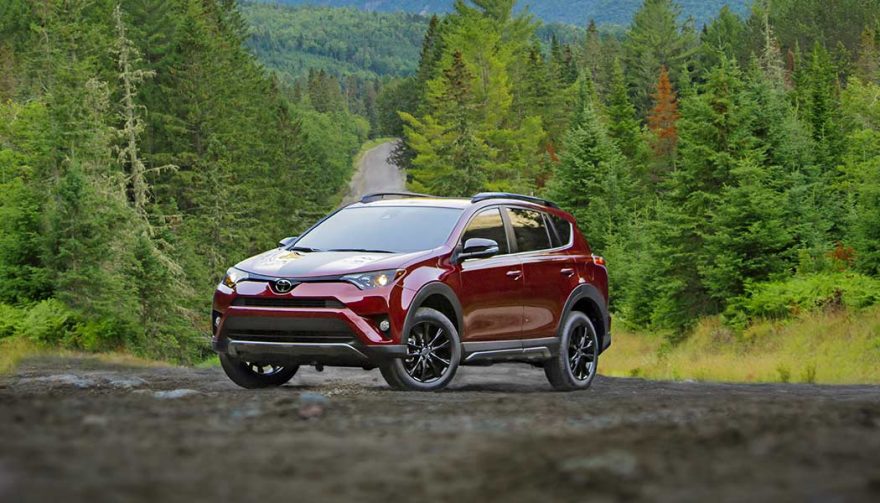 If you’re in the market for a small, city-oriented SUV, the Toyota RAV4 isn’t a bad option. Plenty of car shoppers obviously have come to this conclusion. After all, go to just about any state and you’ll see plenty of RAV4s populating the roads. It’s one of the best selling SUVs.

To keep the Toyota RAV4 competitive, Toyota has introduced some fairly big changes for 2018. While in some ways the RAV4 is dated in comparison to its rivals, the changes make it more compelling than before. Just don’t expect any monumental shifts, because your expectations will be dashed.

All gasoline-only versions get the same engine. The trusty 2.5-liter 4-cylinder continues powering the SUV, because Toyota knows to not mess with perfection. It has 176 horsepower and 172 lb-ft of torque.

Drivers get smooth power delivery, plus decent fuel economy – around 23 mpg in the city and 30 mpg on the highway.

The engine works with a smooth 6-speed automatic, which admittedly is starting to look old next to the growing number of 9-speed options. Front-wheel and all-wheel drive are both available.

If you want more power and better fuel economy, the SE and Limited models can be had in hybrid form. With the hybrid engine, an electronic all-wheel-drive system is the only drive configuration possible.

Toyota has made the 2018 RAV4 even more luxurious with optional heated front seats, even for some models that have cloth upholstery. That’s a nice addition if you live where the temperature dives below freezing in the winter. Along the same lines is an optional heated steering wheel, making gloves unnecessary while driving. 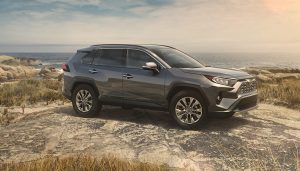 All models come with an impressive array of standard safety features, bundled together in the Star Safety System. One of the most advanced pieces of equipment in the bundle is Smart Stop Technology. It provides emergency braking in case the driver doesn’t react quickly enough. Also part of this suite is automatic high beams, which ensure you don’t blind other drivers. Adaptive cruise control comes bundled in as well. It automatically slows down the car as traffic does, and resumes your preset speed as traffic starts flowing again. 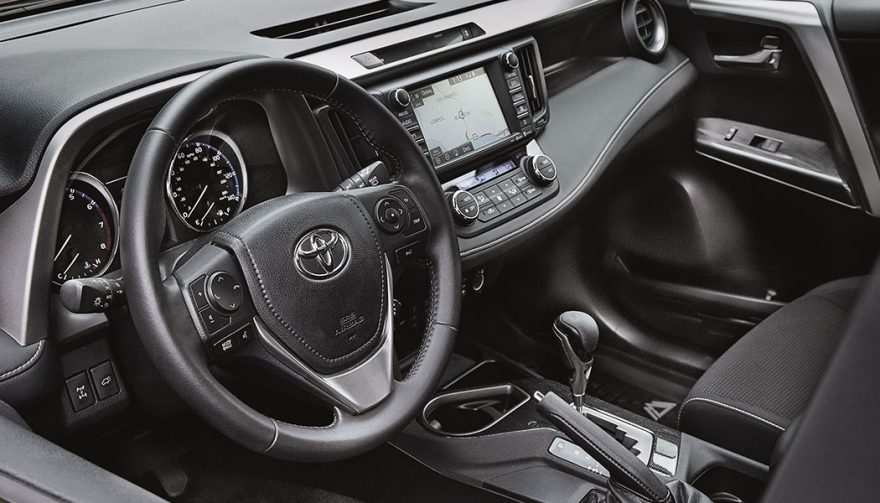 One of the biggest changes in the 2018 Toyota RAV4 lineup is the new special-edition Adventure model. Like the name suggests, this version of the SUV has features that make it slightly more rugged and athletic. Just don’t expect anything remotely like a Jeep Wrangler or even the RAV4’s sibling, the Toyota 4Runner.

You might notice the Adventure sits a little higher than other RAV4s. Don’t worry if you didn’t, because the SUV only gains about half an inch of ground clearance. It’s not enough to go tackle Metal Masher or Hell’s Revenge in Moab. Still, that bump is arguably enough to help on light trails, or climbing over grocery store islands.

Adding to the tough exterior looks are 18-inch five-spoke black alloy wheels. They are framed by bigger overfender flares, adding to the meatier appearance. Rocker panel guards make the little SUV look more utilitarian, as do optional, larger mudguards. Adding to the list of blacked-out exterior components are integrated roof rails, side mirror caps and a large hood decal.

That hood decal has a matte finish, so you don’t have the sun shining in your eyes as you head out on an excursion to Trader Joe’s. Even the halogen projector-beam headlights feature black bezels. I’d say the RAV4 Adventure looks sinister, but its mug is more like a cute bird’s.

With a new Ruby Flare Pearl paint color added to the options, you can make a fiery statement. However if that’s not your thing, Toyota offers four other colors.

Because going on an outdoor adventure usually means taking toys along, the Tow Prep package is standard. To help keep the powertrain cool as you pull loads, it adds a higher-flow radiator, plus a transmission fluid cooler, and a supplemental engine oil cooler. That will help you pull a boat or whatever else you want to bring for adventure time, without the dread of climbing steep hills.

The interior gains some nice upgrades, which cater to a more active lifestyle. All-weather floormats do a great job of keeping mud, snow and whatever else off the carpeting. The included 120-volt power outlet in the cargo area means you can run all sorts of equipment back there, from a table saw to a television. A leather-wrapped shifter knob and special trim panels help give the interior a more premium feel.

Some people would point to the popularity of the Toyota RAV4, saying it indicates all-around perfection. The SUV definitely has its flaws and shortcomings, but it still serves up compelling features. So it will likely remain a popular choice for years to come.