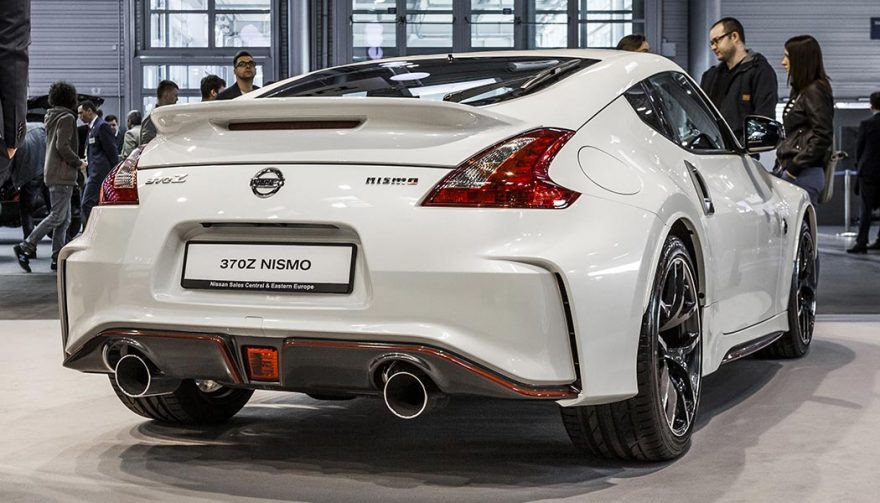 The celebrated Z car has continued through numerous incarnations and since 2009 has been represented by the Nissan 370Z.

Nissan introduced the Datsun 240Z in late 1969, offering the world a vehicle “…whose effect on the sports car scene of the day was revolutionary.” The celebrated Z car has continued through numerous incarnations (though it was absent in North America between ‘96 and ‘02), and since 2009 has been represented by the 370Z.

The Z has always been somewhat unique; as a low to mid-priced front-engine six-cylinder with (usually) two seats, it hasn’t always had a direct competitor. This seems particularly true today. In terms of interior configuration and performance, the closest that one might come is the Porsche Cayman, but the considerable price difference puts them in different categories. The same (and more) is true of the Corvette, though the two have gone head-to-head in earlier generations. So in the absence of an obvious challenger, it seemed logical – and fun – to simply compare it to… itself.

Why choose a 1988 model for a baseline? For starters, one was readily available! But there are more objective reasons: when introduced in 1984, the Z31 (as insiders know it) marked the change to a V6 from the original inline engine layout, and it represented a somewhat drastic shift from its forerunners design-wise; the first “modern Z.” Today’s Z34 model certainly carries on that tradition, looking considerably different from even its tamer predecessor, the 350Z.

As I approach my forty-fifth birthday, I suppose I’m in a bit of denial regarding the fact that a 1988 vehicle is now considered “vintage.” I well remember the first-edition 300ZX when it was new, and it’s still quite attractive in my eyes (especially since the edges were rounded off a bit in a mid-run facelift). The 3.0 liter, 12-valve six coupled with my review car’s four-speed automatic drives smoothly, quietly, and… somewhat luxuriously. In fact, at this stage of the Z’s existence, one of enthusiasts’ complaints was that it was in danger of abandoning the original “Fairlady” concept and closing in on more cushy (and expensive) GT territory.

The non-turbo’s 165 horsepower and 174 lb-ft of torque were decent for the time, but this was no true performance car (0-60 runs were in the mid-eight second range). Yet I found it to be a very enjoyable drive and not at all indicative of its nearly 30-year age. The optional all-digital dashboard which was so innovative in the eighties may appear dated, but it’s also well laid-out, bright, and easy to read. Features such as three-area adjustable lumbar support and side mirror defogger offered a nice degree of comfort and convenience for an “old car.” Approximately $20,000 (U.S.) when new, an excellent low-mileage example today may range from $5000 to $7000, though ones in such condition aren’t easy to find.

My personal praise notwithstanding, even a cursory review of the Z31’s great-grandchild puts more than a quarter-century’s worth of technical advancements in stark relief. It’s a testament to the industry’s engineers that a car with more than double the horsepower (332, with 270 lb-ft of torque) gets essentially the same gas mileage (E.P.A. 19 city, 26 highway). The former cast-iron block has given way to an aluminum engine displacing 3.7 liters; the valve count has long since doubled (not to mention the improvements in timing technology; Nissan gives a couple of acronyms for their proprietary tech).

You May Also Enjoy:
Nissan Z-Cars: Is the Nissan 370Z the Swan Song? 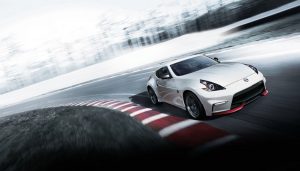 The “Touring Edition” 370Z I reviewed also featured an automatic transmission, but now it has seven speeds. Wheel size has increased to 18 inches from 15 (though width changes have not been as drastic). The new car is about six inches shorter in length, but is taller and wider. The Z’s drag coefficient was a very respectable 0.31 in 1988, but it’s further dropped to 0.30. Despite carrying about 200 more pounds (at 3373), the various changes result in a 0-60 time of 5.1 seconds for the new car.

Considering these numbers and the base 370Z’s price of just under $30,000, perhaps a logical present-day matchup would be with the entry-level Chevrolet Camaro. But while the world of sports cars seems to be getting ever more cross-bred and homogenized, the philosophy behind the Z still seems too different to pit it against such an opponent.

The More They Stay the Same

I’m interested in performance and creature comforts as much as most auto enthusiasts, but my chief passion has always been design. Even untrained eyes should see some similarities between these Zs (and other generations as well), but closer inspection shows even more of the homage – though there are significant differences, too.

The flaring from the door sill area to the wheel wells was noticeable in ’88, but it’s even more pronounced in 2016. Viewed from the front, the older car’s muscular fenders make it look tougher than it actually is; this aspect has also increased significantly. Everything just looks bigger, or at least more exaggerated. There are certain elements that almost appear caricatured – a theme that seems to be common in today’s vehicles from the Land of the Rising Sun (I’m thinking now of Lexus grilles and Mazda 6 front fenders). The Nissan badge on the nose (the Z designation has moved behind the front wheel) is so large that it calls to mind the oversized wristwatches that have lately come into vogue (among those younger folks who actually still wear watches). In my previous Wheel Scene article I alluded to a personal affinity towards understatement in styling; for better or worse, the 370Z is certainly not subtle!

In keeping with the retro wave that the entire industry seemed to catch about two decades ago, some of the 370’s cues are actually more of a throwback to the original Z: there are once again three center-dash gauge ports (they were reduced to two in the Z31) and a three-spoke steering wheel. Like the earliest cars, the small rear quarter window has an upward rake, as opposed to the larger descending window on the ’88. But like the 350Z, the most recent car departs from convention with various aspects that have gone from a horizontal orientation to largely vertical: the headlights, front and rear signal lamps, and door handles have all been rotated ninety degrees (or nearly) from the more “flat” configurations of the older cars (though interestingly, the front signals on the Nismo version are horizontal). In the head- and taillights, the design is somewhat appealing; in the other areas it creates a kind of static look. Sports car designs typically tend to imply movement, but these “up-and-down” elements produce rather the opposite effect.

The new car definitely continues a trend that was reestablished with the Z32 in 1990: that of returning the Z from potential luxo-cruiser status back to its purist roots. Long gone is the ungainly 2 + 2 variant and interior color options that hearkened to the ‘70’s (in fact, a buyer must approach the $40k mark before anything other than black cloth is available, and even then choices are limited). And with former competitors like the Mazda RX-7 and the Honda S2000 in the rearview mirror, the Z car again stands alone – which is just how its fans like it.

By the way, one option you’ll definitely not find on the latest Z that was nice to have on my 1988 driver on a fine spring day: t-tops! Those who prefer open-air motoring must opt for the roadster. Hey Nissan: are you open to suggestions?