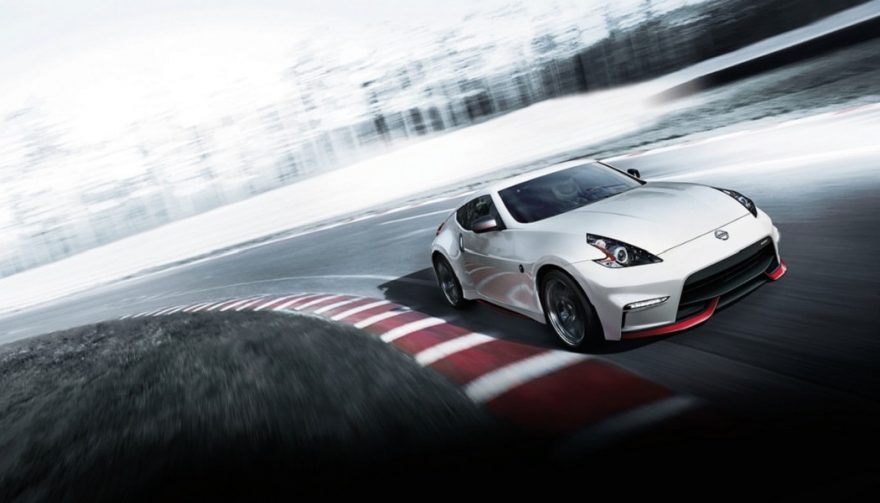 Nissan officials have said the Nissan 370Z is not a prority

Nissan Z-Cars: Is the Nissan 370Z the Swan Song?

The Nissan 370Z could be the end of Z-cars. While other Nissan performance cars like the GT-R and the Skyline are popular, the Nissan Z-cars are by far the most common.

Yet, with all that support, Nissan isn’t sure it will keep making them.

The shocking news came during the New York International Auto Show. The Heritage Edition of the Nissan 370Z made its appearance. It is meant to celebrate 50 years of Z-cars, just two years early.

While the appearance package only elicited a little bit of excitement, it was the bomb dropped by Christian Meunier at the show that really whipped up a fury. Meunier, who is Nissan North American vice president of sales, was being interviewed by AutoGuide, when he said the Nissan 370Z “is not a priority for us.”

When pressed for more info, he explained that the company hopes to make a follow-up car. In other words, nothing is in development. That’s shocking, because the Z is one of the company’s crown jewels. At least most Nissan fans will see it that way, even if management doesn’t.

Of course, Meunier was quick to point out Nissan isn’t a completely boring brand, even if the Z line goes away. After all, it makes the GT-R, which is a great car. See how it does in a head-to-head comparison between the Nissan GT-R vs. Corvette Z06. The only problem is it’s way outside of most shoppers’ budgets. The Z was all about accessible performance, and the GT-R will never fix that.

Few cars on the market today have the kind of legacy the Nissan Z-cars enjoy. Clear back in 1969, the Fairlady Z hit the market in Japan, and the vehicles have been wildly popular since. That’s older than the Maxima, Altima, or pretty much anything else Nissan has made.

Flushing that kind of legacy is almost unthinkable. It would be like Chevrolet icing the Corvette, or Ford 86ing the Mustang. That would never happen, but here we are.

The 370Z is way long in the tooth. It’s riding on a platform that’s from 2009, so it’s only two years away from the decade mark. 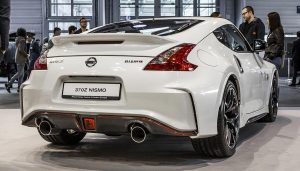 Meanwhile, competitors like the Ford Mustang and Chevrolet Camaro have done thorough refreshes and complete reworkings during that time. Both of those domestic muscle cars now feature high-powered turbo four-cylinder offerings – something Nissan should be able to beat them at. Ford’s moving toward a plug-in hybrid Mustang, and Chevrolet probably isn’t too far behind.

In other words, Nissan is getting left in the dust. If it doesn’t do something drastic in the near future, the Z could become so irrelevant nobody would morn its loss.

Let’s be honest, the 350Z was a bit of a letdown. The 300ZX was a tremendous vehicle for its time. Not only did the thing look great, it had amazing performance to back that up.

With the 350Z, it seemed like Nissan focused more on form than function. While it looked sporty, embarrassingly there were sedans out there that could out-accelerate it, and we’re not talking about the M5.

Some people were fans of the thing. By some, I mean a lot, because the 350Z sold in truckloads. That’s what really counts in this business, and Nissan was raking it in.

At one point, Nissan was toying with the idea of making the new Z-car a crossover. That was unholy blasphemy to the Z faithful. After all, a crossover will never handle even close to as well as a sports car. It was contrary to everything the Z has stood for.

The supposed candidate was the Gripz concept. That crossover featured wild clamshell doors, so getting into the backseat wasn’t an acrobatic act. It also featured a similar design as the current Maxima, which is polarizing, to say the least.

The talk seemed to be just that, talk. Enthusiasts seemed relieved. You have to wonder, though, if having no Z-car is better than enduring a crossover version? We may never find out.

A few years ago, Nissan teased everyone with its IDx concepts. The rear-wheel-drive sports coupes would’ve been super affordable, making it possible to have fun while not breaking the bank. The IDx likely would’ve started somewhere below $25,000. Enthusiasts were once again declaring Nissan cared about them, but it was short-lived.

After touring California with the concepts, Nissan abruptly announced it wouldn’t be making a production version of the IDx. The reasoning was that there wasn’t enough market demand. Apparently, people want Jukes, not IDxs.

Once again, Nissan was a boring brand dedicated to making vanilla cars.

To be fair, affordable rear-wheel-drive sports cars don’t sell horribly well. For evidence, look at the Genesis Coupe or the Toyota 86. But Toyota is committed to keeping its sports car, riding out the rough years with the hopes people will come to their senses as the world economy turns around.

If Nissan ditches the Z, it could still bring it back from the grave. There are problems with that kind of an approach. Whatever happens at this point, seeing another sports car, especially one so iconic, bite the dust is almost heartbreaking.