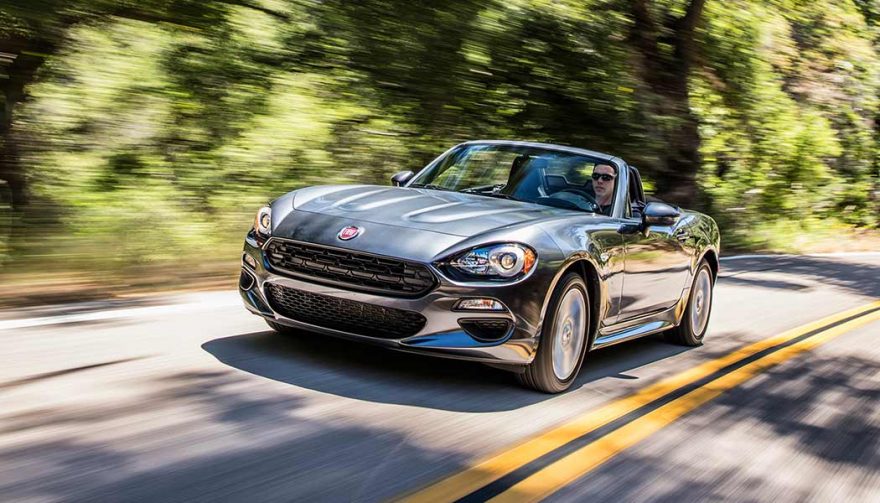 Originally introduced in 1966, the Fiat 124 Spider has come back to America for 2017. It’s touted as the best value, but that might need to be proven in the coming years with its dependability. In looks, it competes directly with the Miata. Competes and virtually mimics, actually. Fiat has a deal with Mazda to build the 124s on a Miata platform where they are built in Japan. Still, the Fiat 124 Spider edges the Miata out in classiness with stunning detail in the lights and grille. At the tail end, you can see the Italian influence in the taillights and fascia.

The interior design is a little conflicted. There are some great European details like a BMW-esque dash and infotainment screen with rotary controller. But some of these details clash with class, bringing too much of the Chrysler to Fiat. Plasticky dials for heater controls and cheap-feeling steering wheel controls take the Fiat 124 Spider back a notch or two.

Performance is respectable, mimicking the Mazda MX-5 Miata in specs but in a very different configuration, which makes sense. It uses the 1.4-liter MultiAir 4-cylinder for 160 horsepower. Paired with its AISIN 6-speed manual transmission, it’s a blast to drive around the hillsides of California or the wide-open prairie highways. If Fiat can manage to maintain reliability, it could very well be a popular little sports car here in North America. 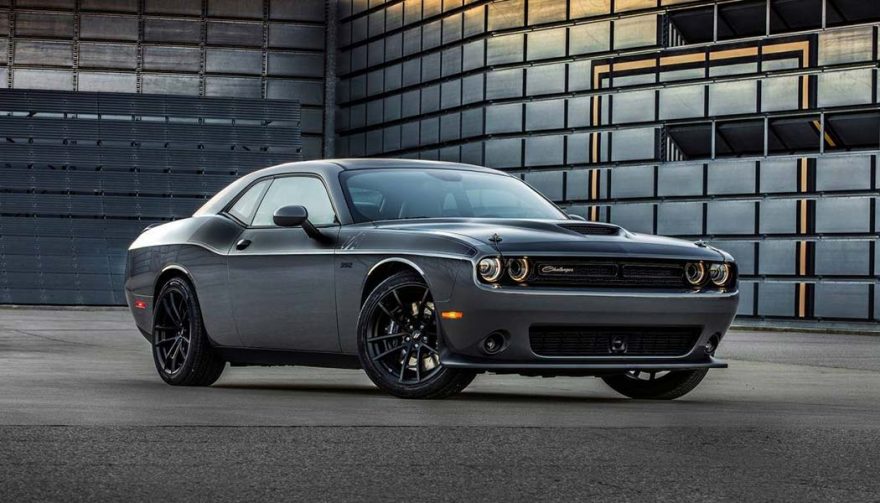 If you want a taste of American muscle with your affordable sports cars, here’s a chance. The 2017 Dodge Challenger SXT is the entry-level Challenger, but it’s no slouch. A bold and extremely aggressive style truly is reminiscent of the classic car circa 1971.

You’d be hard-pressed to get more power from a sports car on this list. The 3.6-liter Pentastar V6 makes 305 horsepower and is one of the few models with a standard-equipment auto transmission. That’s more horsepower than most models had back in the 70s, and it’s the base engine. You’ve probably already heard what Dodge has done with the Challenger SRT Demon.

The interior isn’t too shabby, especially for the price of admission. Comfortable cloth seating, Dodge’s Uconnect 5.0 infotainment system, dual-zone automatic climate control, power locks and windows are standard equipment also, but that is about it.

A new 2018 redesign is coming down the pike, but there’s nothing wrong with the 2017 Ford Mustang. It’s a strong, spunky pony car that is in its 50th year of production. The history says something about it. HID headlamps are standard, but it’s the sequential LED tail lamps that everyone thinks are really cool.

The interior is pleasant but the base model coupe isn’t going to astound you with equipment. It has Ford’s SYNC infotainment system and Intelligent Access with push button start, but there isn’t much else to note.

But really, who cares? The 2017 Ford Mustang is about enjoying the drive, not luxury. The Mustang has a 3.7-liter Ti-VCT V6 with a 6-speed manual transmission. It’s a clean and straightforward experience behind the wheel with its 300 horsepower and 280 lb-ft of torque. A quick warning, though, you definitely should not try the 5.0-liter first or the V6 will feel gutless.

Previous Next
View on One Page
You May Also Enjoy:
Honda Civic Type R Is More Civilized Than It Looks, And That’s a Good Thing 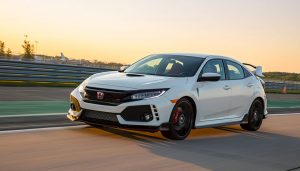